A Short HIstory of Theology of Work Grant Program

Theology of Work is not a new theological concept as writers like Dr. Paul Stevens (Work Matters, The Other Six Days) and Dr. Alan Richardson’s (The Biblical Doctrine of Work) clearly indicate.  Nor are the current models of Marketplace ministries of various kinds new as the historical movements like the Puritans readily demonstrate.  However, leaders around the world are grateful for the current scholars in both the academy and marketplace organizations who have creatively integrated TOW into the forefront of mission not only in North America and Europe, but to the rest of the world as well.  Bakke Graduate University (BGU) and the Mustard Seed Foundation (MSF) are well aware that the Theology of Work Grant program is just one of many voices stimulating this mission movement in the 21st Century. 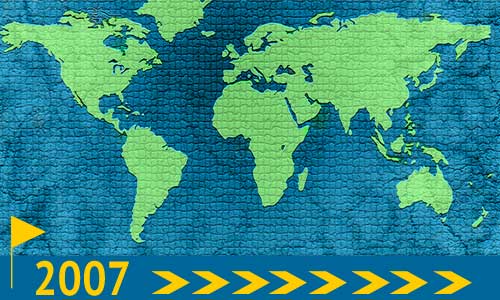 That said, it is hard to find words that can adequately explain the astonishment at the scope, depth and growth the TOW grant program has experienced since the fateful day in July of 2007 when MSF and BGU accepted the challenge of developing a grant program to take TOW to schools and leadership development groups around the world. The small group of people who took on the challenge not only knew little about the theology that undergirds TOW, they were well aware that they had no working knowledge of the groups who were implementing these concepts around the world.  Overall, this team fit into the biblical model of God “using the least of these” to do his work.

The team’s education began as they established personal relationships with four key marketplace theologians: Drs. Paul Stevens, Richard Higginson, William Messinger and the late Peter Hammond who had been writing and teaching about the reality of TOW for decades. They in turn introduced the team to other leaders and schools within their networks; friends that God had been using to teach TOW internationally--in some cases for decades.   These leaders not only gave permission to use their teaching resources but they also gave advice on how to begin, plus wonderful insight into what they had already been doing.  More importantly, they gave the team access to their dreams for TOW expansion and integration around the world. The grant program began with the empowerment of these scholars and a relational strategy of taking TOW courses to schools and networks where they had previous relationships, in essence fulfilling their dreams.  Paul Stevens then taught some BGU faculty and board members so they could join the teaching team and expand the relational roads into the networks of those leaders.  In a short period, the grant program began to take root.

At the same time, Paul Stevens agreed to help integrate TOW into our doctoral and masters programs at BGU, similar to what he had done at Regent College in Vancouver, Canada. Since 2001, BGU students have come from over 60 countries in the world.  With the introduction of TOW in its courses, these master and doctoral students began to understand the connection between Sunday and Monday and to grasp a theology of mission for the scattered church that was compelling for the church in their part of the world. They quickly understood and embraced the transformational impact TOW could have within the context of their own churches and the society in which they served. Realizing the impact and feeling the need to spread the TOW message in their countries,  these students began to research their own culture historically to see if and how TOW concepts had been integrated into their world. Dissertations of these students are located in the Resource Library of this website. These students then began to teach TOW courses in their relational spheres of influence adding new avenues for the spread of the grant program.  These students, coupled with the original teaching team, generated TOW courses in 70 countries engaging over 40,000 participants in many languages in the past nine years!  It has been a remarkable experience.

Both BGU and MSF have been astonished at the international scope, integrative depth and cultural acceptance the TOW Grant program has experienced since 2007.  No strategic plan was adopted to bring this about, however a simple strategy was embraced: walk through the relational doors the Spirit opened.  One of the purposes of this website is to tell the surprising stories of how TOW has been taught, received and applied around the world.  Each month this site will feature a new contextual story. The hope is that these stories will accomplish what the writer of the book of Hebrews intended: “Let us consider how we may spur one another on toward love and good deeds” (Hebrews 5:24) for the glory of God.  ENJOY!