Nestled in the middle of the southern “Bible Belt” of the United States you will find the robust city of Nashville, Tennessee with more than 1,800,000 people in its metropolitan area.   It’s a city known as Music City USA, filled with dreams of stardom, culture, commerce, truism and faith.  In the middle of that context is Jerry and Romona Moll, a couple with God a “God-sized Vision.” Their dream is not for fame and wealth, but with the hope of transforming the cities of Middle Tennessee and beyond by “sending” believers into the marketplace one person at a time with the capability of “Connecting Sunday to Monday… to transform lives, businesses and cities for God’s glory. “ They know that dream will only be achieved, by “divine intervention,” which they both are counting on.  BUT that’s not always been their dream and few would ever anticipate that “divine intervention” was possible with what they experienced in their earlier years. This article is just a modern day version of the book of Jonah, sharing the mysterious work of God in specific people so that an entire region of the world can receive the blessing of God.

I met Jerry when he inquired about the Theology of Work Grant program around 2010.  We have developed that friendship as years later he became a Doctor of Transformational Leadership Student at BGU where we have studied together.  I have asked him to give us a glimpse into his and Ramona’s life and Living Sent Ministries, the organization which allows them to serve the cities of middle Tennessee through marketplace transformation.  This is also a story of the impact of one remarkable pastoral team and the impact a Sunday school class can have by launching the dream of one of their class members.  This story reminds me of two very significant biblical stories you will recognize with these short texts: “In my weakness, his strength was made perfect” and “what others meant for evil, God meant for good”.

Jerry’s mom thought he should be a Preacher Man 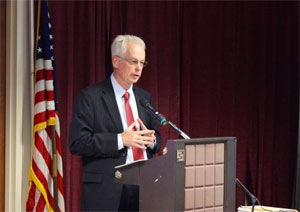 Rev. Jerry Moll
I was born and raised in Michigan, the son of a businessman.  I accepted Christ when I was 12 years old in a congregational church in Leslie, Michigan.  My mother was the spiritual leader of our home.  I was preaching at 16 years old and had delivered nine sermons by the time of high school graduation.  But I didn’t answer that first call.
Many years later, in my mid-thirties and on my mother’s deathbed, my mother’s last words to me were: “You will preach won’t you son?  I told her maybe and that I would think about it.  Almost always our maybes are a no.  My mother asked me to take decisive action with my faith but I didn’t respond favorably.  She saw in me what I couldn’t see in myself.

Jerry had another Dream…but forgot to Count the Cost 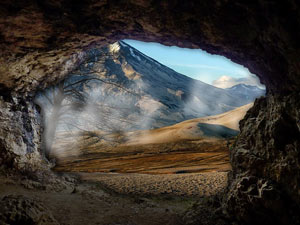 During that time, (my mid-thirties) I was one of the youngest emerging chamber of commerce executives in the United States.  I wanted to be wealthy and a man of great influence.  I was achieving the goal but at great cost to me and my wife.  I underestimated the importance of having ethical leaders around me and my work life was not in balance with my family life.

What happened to shatter this early life vision of business success?  What was the Defining Moment of my faith?  Because of not following God’s will for my life, my marriage and ultimately my career became a train wreck.  I left the chamber business and decided that I had been the CEO for CEOs (while working at the Chamber of Commerce) so I decided that would become one myself.  My new objective became to own my own company. Six years later that happened.

Deciding to “Follow Jesus” does not necessarily mean “Smooth Sailing” 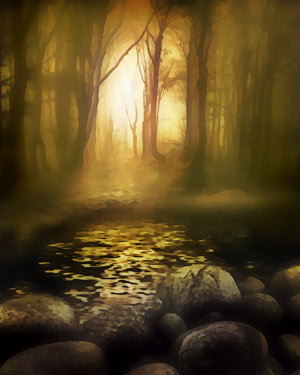 In 1994, I met my second wife, Ramona, and we were married in 1996.  We have two beautiful daughters Katie and Lily.  What’s important to know is that Ramona’s first instructions to me was to find a church home. I didn’t want to mess this marriage up so we immediately started attending church and I began to act more like the spiritual leader of my home.  We became members of First Baptist Church Hendersonville (FBCH) in 2001 and have been members there ever since.

While I was growing in my faith at FBCH and becoming more serious about it, the “Defining Moment of My Faith” actually occurred in 2006 with the hostile takeover of my business by well-intended believers.  My company had to be refinanced to keep operating, I remember one of the potential partners praying with me over lunch (about my company) and a few days later calling me and saying, “We want to buy it.”  I said it is not for sale.  After a long pause, he said we will call you back.  A few days later, I was called and told “When you don’t make it, we will take it.”  And they did.  I thought how does one pray with someone on one day and then on another day actively pursue taking over your company?  They were good men but we obviously didn’t look at my company’s situation in the same way.  In January 2006, they took possession of the business.

Thirty days later, I was diagnosed with cancer.  The same cancer killed my father and uncle.  The end result was the total financial destruction of my family.  Everything was gone but the clothes on our back and our furniture.  I thought there has to be a better way of doing business than this.  And even more importantly, like my mother, I had a death bed experience.  For a time, we did not know if I would survive the cancer.  I had a young family and a potentially fatal disease. At this time in my life, I was earnestly seeking God.  On my potential death bed, God was asking me in my prayer life, “Will you follow me now?”

To make matters worse, in March 2006, the surgeon called me to say that the cancer was showing positive in my right leg.  My wife and I broke down.  Just when we thought it was over, our Sunday school leader told me to have faith because he and others in the church were praying.  Our Sunday school class was praying for me and my family. The tests were rerun and the cancer was not in my leg.  Ramona, my wife, declared a miracle in God’s name.

"In my weakness, his strength was made perfect" - II Corinthians 12:9

How did I respond to this personal death bed experience and answer the call on my life?  Out of this period of weakness and after two years of preparation, Living Sent Ministries was formed in August 2009.  FBCH Sunday school members seeded the ministry and Ramona named it.  It didn’t take me long to realize that the reason to live sent is not because of a bad business deal or personal heartache. Rather, in John 20.21, Jesus commands believers to live sent.

What started out as a journey looking for better ways to conduct business ended up as a path that forever changed me and my family.

Today, my family teaches preschool children every Sunday morning. Ramona works for the preschool department of the church and as an Executive Assistant for Living Sent Ministries.

The purpose of Living Sent Ministries is to inspire and equip business and professional leaders to live out their Christian faith.  It’s about “Connecting Sunday to Monday.”  In terms of hoped for outcomes, the ministry seeks to transform lives, businesses and cities for God’s glory.

There are several scripture verses that serve as a foundation to the work of Living Sent Ministries and are a part of the story line of my life.  These verses, along with the power and presence of the Holy Spirit, are driving me forward passionately and relentlessly to help build the Kingdom of God in the marketplace.  I believe the verses are also important to you.

How does the call to "Live Sent" directly apply to business and professional leaders?

Two scripture verses immediately come to mind.  First, the Old Testament Genesis 1:1, “In the beginning, God created the heavens and the earth.”  Put simply, in the first sentence of the Bible, God tells us that he is a God of work and our work is holy to God.  In the New Testament book of Colossians, 3:23, we are instructed again: “Whatever you do, work heartily, as for the Lord and not for men.”

The same Holy Spirit power that lived in the disciples lives in you and me. That Holy Spirit Power healed the sick and raised people from the dead.

But Living Sent Ministries has learned we have an enemy, Satan, and he and his demons are on the earth.  We may not see him physically but he is here nonetheless.  In 1 Peter 5:8, God’s Word tells us to: “Be alert and of sober mind.  Your enemy the devil prowls around like a roaring lion looking for someone to devour.”  In Ephesians 6, 11-18, Paul tells us to put on the full armor of God.  He says that our fight is not with flesh and blood but against the evil one and the spiritual forces of evil.

Business and professional leaders dedicate more than 50% of their waking hours to work-related activities. This truth, coupled with the fact that Satan roams the earth like a roaring lion looking to devour us for lunch, is reason enough to intentionally serve Christ more boldly in the marketplace. 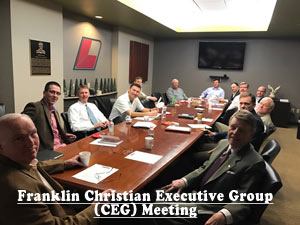 The ministry began in 2009 with prayer followed in 2010 “Men at Work” and “Women at Work” classes for business leaders.  Eventually in 2012, the Lord provided office and meeting space at Union University Hendersonville.

Where Are We Going?

Our 24 Month Vision of the ministry includes five functional areas and some key goals:

Facilitate a class with pastors and business leaders that promote faith at work principles from the pulpit and also strengthen the pastor-business leader relationship.

How can you fit in?

Just as my mother shared her death bed experience with me and I shared mine with you, we can also learn from the prophet Isaiah’s death bed experience with King Uzziah.  In the year that King Uzziah died, Isaiah had a radical encounter with almighty God.  In Isaiah 6, verses 1-8, one sees Isaiah looking up at God, then sees himself as unworthy, an angel cleanses him of sin with a hot piece of coal, and God asks 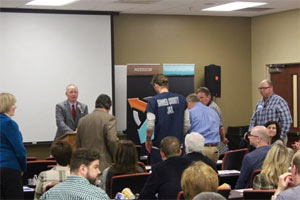